Four Hectares is the size of a field to the north of Nyon, Switzerland. On one side busy cranes keep erecting new buildings while on the other, the few remaining fields, through which a motorway and a railway line run, spread all the way to the Jura mountain range. ‘Quatre hectares’ is also a docu-fiction on the mechanisms of the land market in the Canton of Vaud. Taken over by the children of Nyon, the field becomes a playground, a site in which a variety of urban planning scenarios can be played out. Together with these young citizens, Anna Rispoli and Britt Hatzius lead an investigation into the workings of the local real estate market: How does one sell, buy, build or value? Rarely consulted on these issues, the children apply their own logic to the value of land, of money, and express their own visions of the future. Will their voices be heard?
Starting off on a large empty parking lot, two girls (aged 8 and 9) introduce the local property market, lip-synching to a recording of two adult experts. Equipped with their phones – each one playing a semi-synched ambient audio-track out loud in a cacophony of sounds – the audience are invited to step into a field. Sat along the border between city and countryside, they watch the children inspect the ground, the vegetation and the air. Sheets after sheets of paper with hand-written notes are passed down the line of audience members, with a running commentary from the children. Having erected several posts (‘Baugespann’) that suggest a fictitious future construction, this next generation of hypothetical ‘real estate buyers’ walk away with their own square meter of land (and air), accompanied by their own versions and definitions of worth and value.

A site-specific performance in collaboration with a group of children from Nyon, comissioned as part of FAR Festival, Nyon, Switzerland, July 2017. 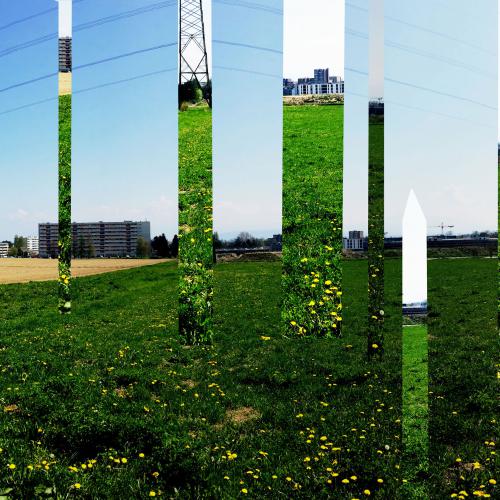 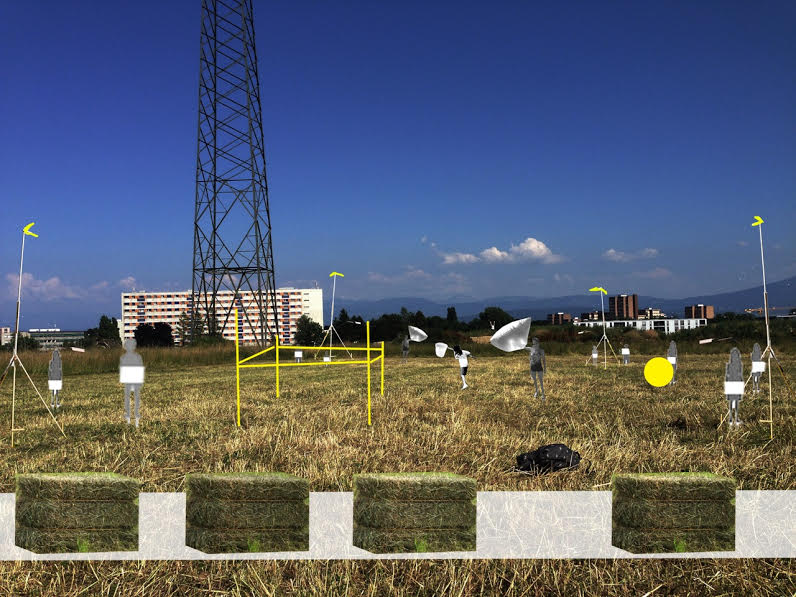 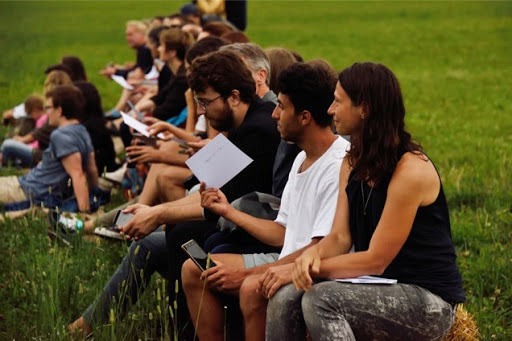