Intervallo /within Infini 1-15 by Decoratelier

Following the invitation of Jozef Wouters / Decoatelier to integrate their collection of Infini, Anna Rispoli proposed an « Intervallo », a break within the series of theatrical scenes commissioned to diffferent artists in order to challenge the scenic machine of KVS.

Imagined as a « changement technique » the piece evolves into a choreography for backdrops on the notes of the Intervallo della RAI, an iconic musical moment of void of Italian tv, when the programs were ending in the early afternoon and a diaporama of beautiful postcards was filling the gap.

While on stage the technicians are breaking down the previous scenography, getting on stage and disappearing backstage again, one of them receives a call from her city of origin, Tunis. On the other side, Farouk insists for knowing more about her illegal trip to Belgium and about how she finds « le Paradis »: Europe.

During their call some natures mortes, banquets, English countryside, a cloudy sky, all painted cristalizations of Western clichés appear and disappear in the sky without an end of the black box:

The backdrops were landed by the Atelier de Peinture of the opera house De Munt.

check all the other Infini 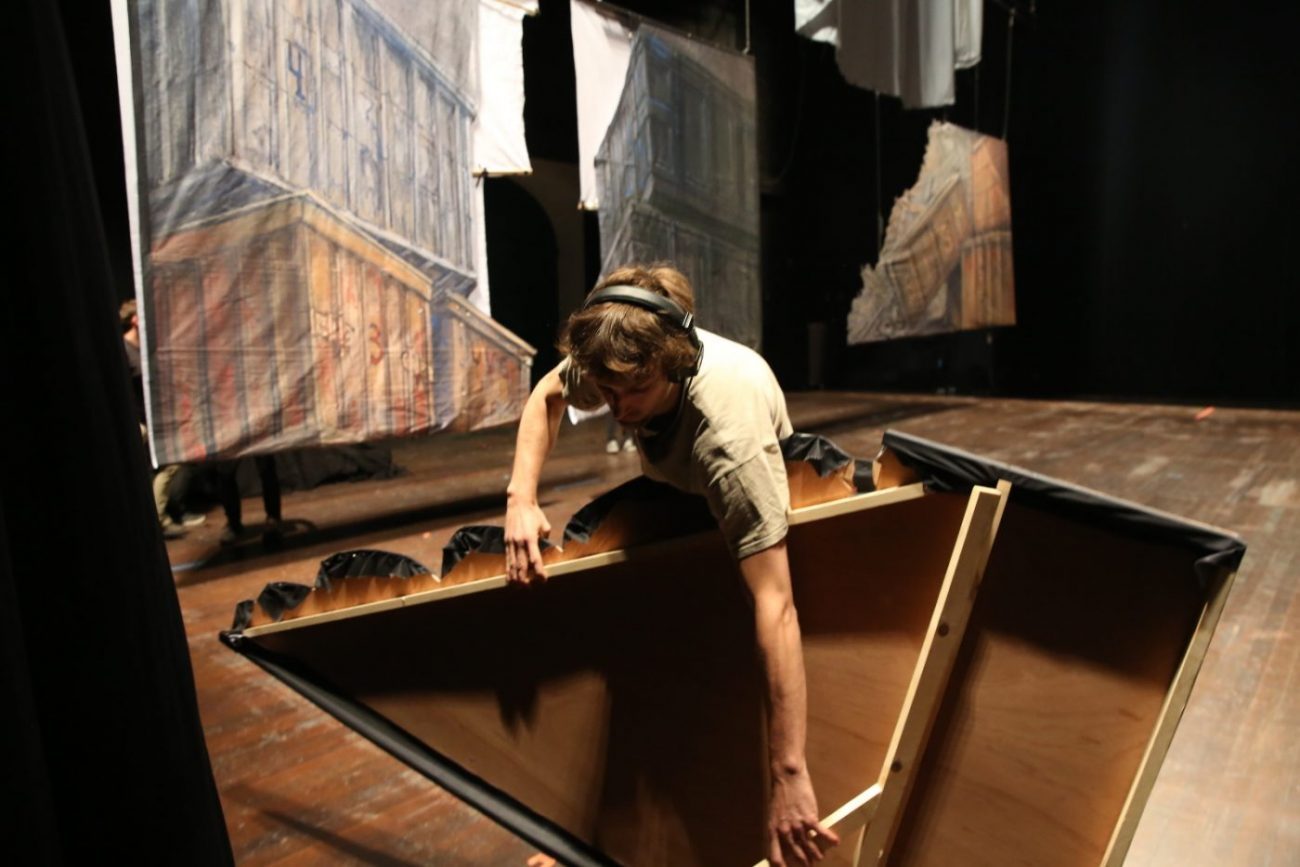 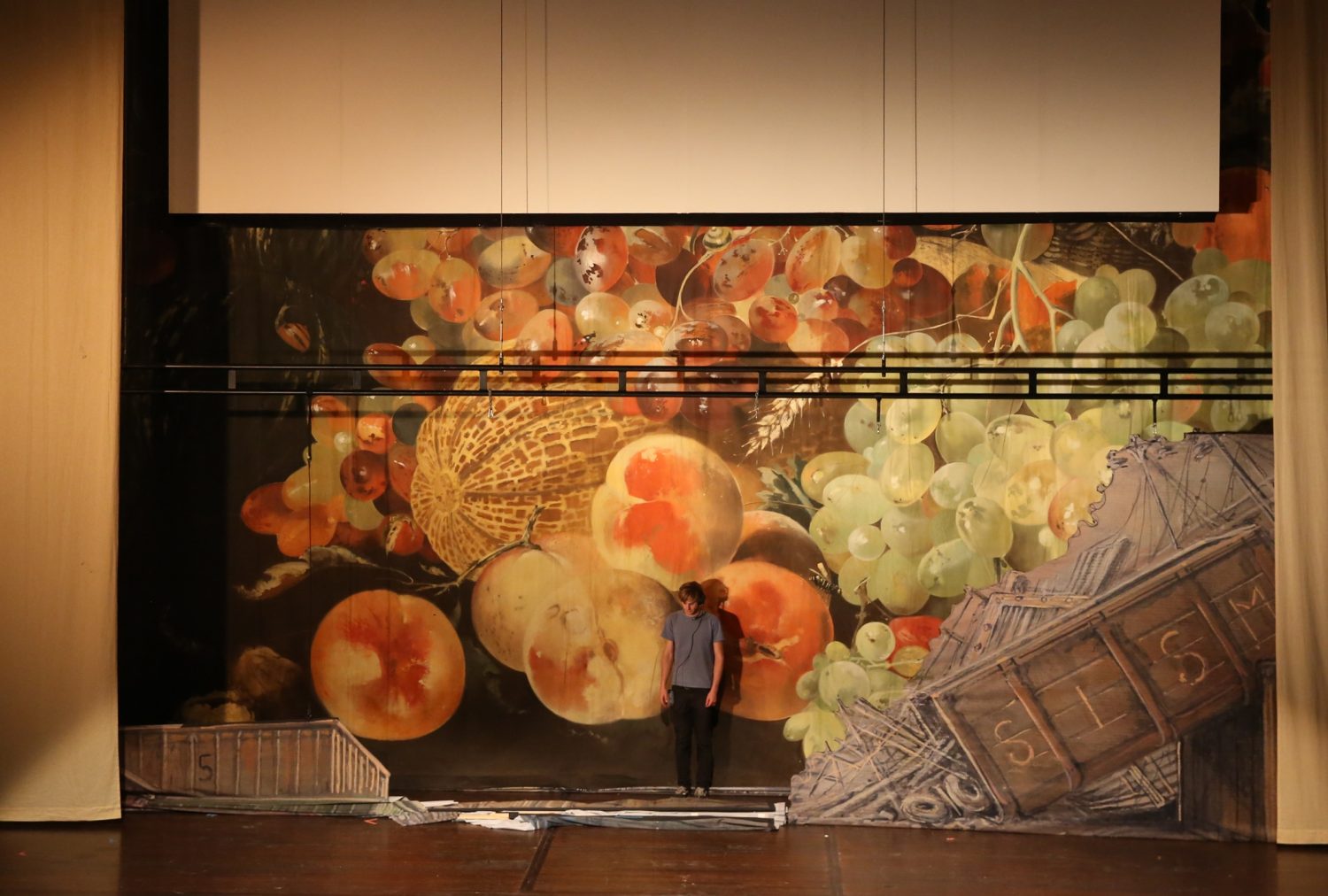