This permanent sound installation is developed by Anna Rispoli in collaboration with Livia Cahn in the framework of the IGA künstler framework curated by Katja Assmann for the 2017 International Garden Show that took place in the Garden’s of the World in Berlin, Marzahn.

It consists in 16 speakers installed on the trees of the Märchenwald inside the thematic Garten der Welt, diffusing in loop original songs inspired by interviews with locals.

Nicht Alle Geschichten Wurden Erzahlt is a participative art project works with the fairytale figures sculpted by Gorch Wenske that have stood in the gardens since the 70’s when Marzahn was still in a building site.
The fairy tale figures embody a collective sentiment that repeatedly emerged in conversations with locals in Marzahn-Hellersdorf, a shared sentiment very difficult to locate elsewhere. In this sense the figures provide a massive potential for cohesion, not only between generations but presumably also between IGA visitors and local populations. Acting as intermediaries they will accompany our work from both near and far, conceptually and concretely. With their power to provoke emotion, as vessels of democratic spoken words.
Märchenfiguren is a sound installation resulting from three years of harvesting stories in Marzahn-Hellersdorf.
In the winter of 2016, the folkloric statues were invited by six hosts to spend some time at their place somewhere in Marzahn-Hellersdorf. On their journey the figures incited more story telling and their folk stories mingled with stories the hosts told.
No longer confined to a fictional realm, the traditional fairy tales started to sing with the voice of a thirty years old city. The stories gathered are refracted to the visitors in the form of a concept album resonating throughout the trees of the Märchenwald. Flashes of magic, dreams, frustration, power, urban development and how it is to live in Marzahn today are condensed into six songs. The lyrics freely combine archive material with biographical trajectories and collective inventions until the three become indistinguishable.
Visitors are welcome to the Märchenwald in the Gardens of the World in Marzahn to walk along the paths, sit on a bench, listen to the full album or just enjoy a song.

You can listen to songs and read the lyrics on the blog  NICHTALLEGESCHICHTEN.COM 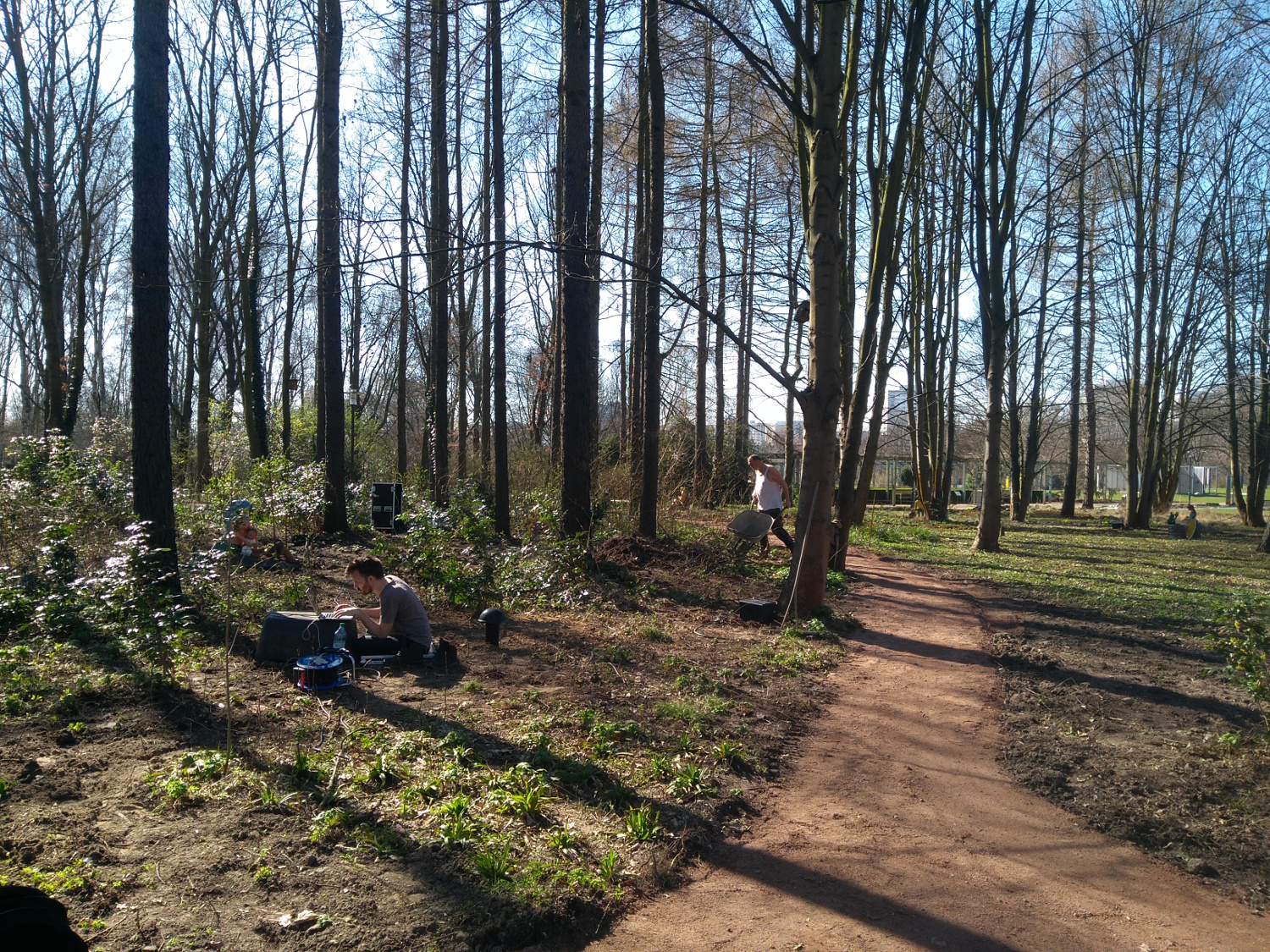 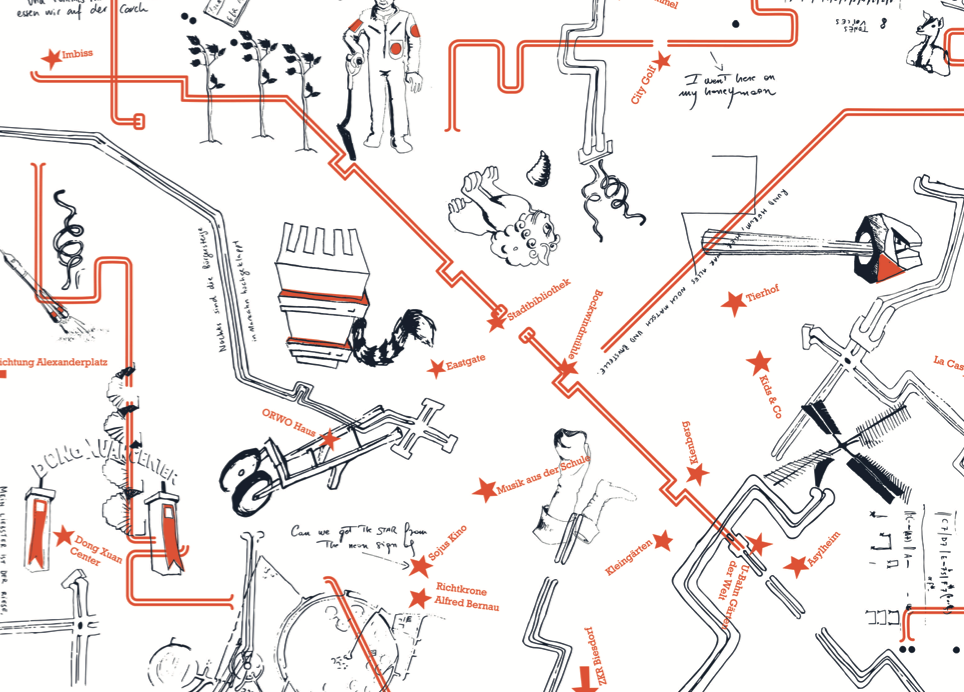 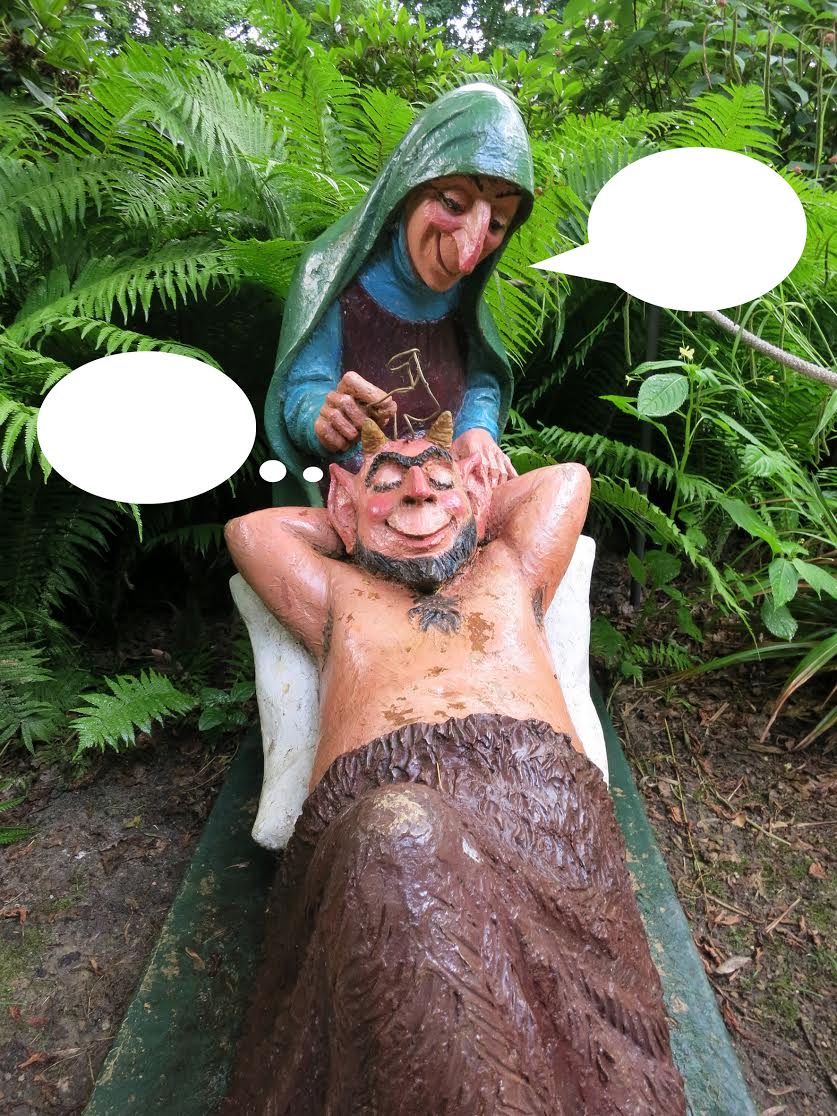